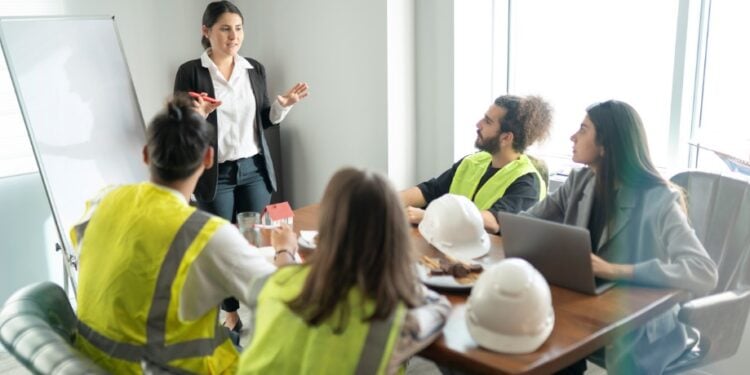 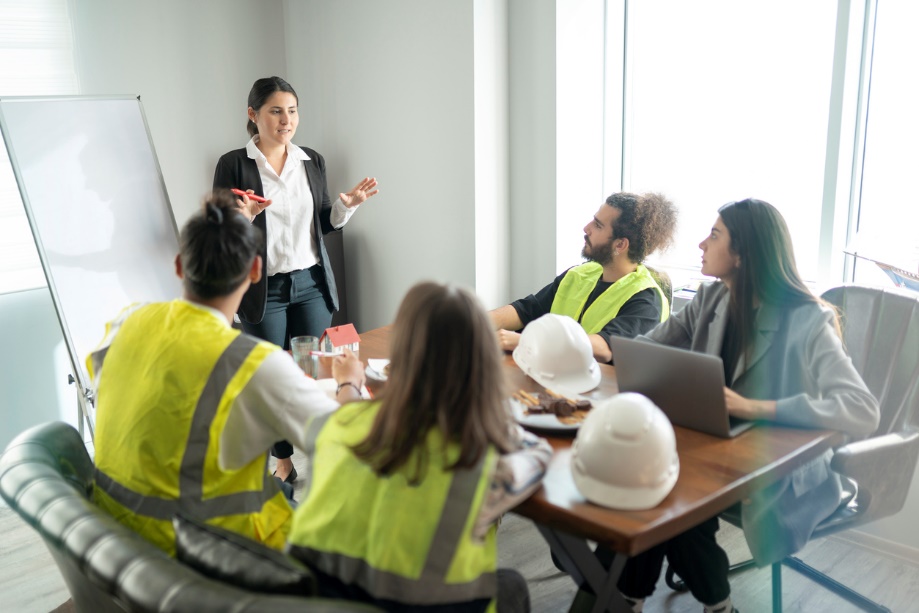 The past few decades saw advances at nearly all levels of society. These developments changed the way that we shop, travel, and interact. They transformed how people approach professional and personal activities.

One technological development is soon followed by another, introducing even faster and more convenient methods of getting things done. Progress, however, is not limited to machines and gadgets.

Criminal factions remain on par with modern-day improvements, finding inventive means to adapt and circumvent security by employing technologies for their purposes. Public safety and security must keep pace with these elements to address threats at different levels.

What is public safety?

Public safety is all-encompassing. It involves the diverse needs of individuals, communities, and nations.

Scholars define public safety as the protection of people. Governments worldwide take this notion to establish the services in their countries that protect and serve.

It not only revolves around safeguarding against criminal or dangerous actions but also involves shielding and assistance during emergencies. So, everything from police officers and border patrol agents to firefighters and other emergency responders falls under public safety.

American psychologist and philosopher Abraham Maslow plotted a feeling of security as a basic need in his ‘hierarchy of human needs’. As a core need, the safety of health, finances, possessions, occupations, and loved ones greatly motivate human behaviors and actions.

Some believe it’s easier to describe public safety by looking at what happens when it’s not implemented. For example, unsafe water supplies, drugs in parks, and unmaintained roads are all consequences of a lack of public safety.

It also relates to the emotional well-being of people. A lack of a secure society results in constant worry and psychological distress. This results in physical conditions such as hypertension, depression, and even suicide.

Defining the concept is as complicated as the notion itself. One can safely assert that public safety relates to the physical protection of people and places, which extends to cultivating a healthy society.

The global media company Forbes accurately encapsulated the essence of public safety when stating that it means safe and affordable housing, quality education, and extensive health services, which include mental and drug treatment programs. So, public safety affects every community, society, and country.

Reports of violence, natural and unnatural disasters and syndicated crime underpin the necessity for public safety. Recent headlines support this view as criminal elements such as drug syndicates take over communities and threaten border security.

Governments provide funds to address gang and gun violence and fight organized crime while running education and awareness programs. Often, separate agencies combine efforts to offer things such as flood relief and search and rescue operations. These combined cooperations include the sharing of intelligence.

Cybercrime is on the rise globally, and it takes specialized public safety to thwart these attacks.

If such crimes are allowed free rein, then they can cause severe damage to individuals, companies, communities, and nations. They endanger societies’ physical and emotional well-being while causing operational and financial damage.

Most governments divide public safety into national security, border controls, crime fighting, and emergency management. So, extra funding for drug treatment programs will indirectly fall under crime fighting and social welfare as it aims to reduce drug use and trafficking.

Most people associate national security with a country’s military power and vigilance. This idea may have been true in past decades, but contemporary developments and resulting threats considerably changed the face of national security.

Conventional military approaches are not enough to address nuclear and biochemical warfare risks. To address these threats, a government must consider all possible dangers and form divisions, whether a specialized military unit or a team of computer scientists combating cyberattacks. As such, national security includes:

Defining national security is almost as challenging as defining public safety. It simply extends to all levels and processes in a country. For example, channeling funds away from military operations and establishing better infrastructure is also a form of national security.

A detailed national security agenda considers the international arena. Sometimes, funds are needed to address foreign events, such as the war in Ukraine, which indirectly protects a country.

Domestic and foreign terrorist threats are a reality in modern-day societies. The so-called war on terrorism constantly evolves to keep up with the ever-changing political, economic, and diplomatic threats. It also extends to managing conflicts based on ethnicity, religion, and political disparities.

All other disciplines of public safety branch from national security. In a sense, these fields are focused specialties addressing a single or certain group of security risks.

A country’s land, sea, and air borders are entry zones and often make it vulnerable to criminal elements – both coming in and going out. Border security is crucial to combat things such as:

Crime fighting involves everything from a country’s police services to traffic officers. It also embeds a strong component of homeland safety and combating any threats to internal security.

Police departments often have sub-divisions, with a certain section concentrating on a specific crime – for example, a narcotics division focusing on drug trafficking syndicates.

General policing is also important as it attends to domestic and public violence matters. In some instances, different forces or divisions combine their efforts to manage things such as mass rallies turning violent.

Typically, emergency services consist of rescue workers such as paramedic and ambulance services, natural disaster response teams, and fire services. These workers are invaluable in accidents, fires, and earthquakes.

As stated, these public safety components work separately but do combine their efforts when needed. Any public safety officer or worker receives rigorous education and training.

Technological advances are both a challenge and an opportunity. It equips tech-savvy criminals with creative avenues to commit the same crimes differently. However, it also helps with streamlined policing, such as processing reports and accessing databanks.

Video and security analysis help with efficient and safe policing, while innovations such as body cams provide true accounts of events for easier prosecution. Technology paves the way for real transparency.

Importance of video and security analytics

Video and security analytics is crucial in today’s fight against contemporary criminals. These inventions expedite processes and deliver concrete evidence.

Vehicular and wearable recording devices offer real portrayals of events. Often, this proof is vital in a court case as it depicts both sides of a situation.

Emerging discoveries will also greatly aid public safety. These include facial and license plate recognition technologies that will invariably speed up investigations and generate valuable leads.

Artificial intelligence and analytical, investigative software can generate possible scenarios in, for example, cold cases. Authorities can use this information to triangulate the locations of people and objects.

Public safety is often a symbiotic relationship between law enforcement agencies and the community. The one informs the other.

This partnership can only be successful if it’s based on mutual trust and transparency. Digital databases order and streamline masses of information and help with ready accessibility. It also makes it easier to share relevant information to increase education and awareness.

Artificial intelligence (AI) is developing at a rapid rate. It can, however, be an essential tool in public safety—many questions about the ethics of AI-associated innovations.

Facial recognition technology and plausible occurrence simulations and calculations not only help with the identification of culprits but also provide information on the latest criminal methods. When authorities set appropriate boundaries for the ethical use of these inventions, it can significantly help to combat all types of crime.

Inarguably, public safety officials put their lives on the line in many different situations, whether in a shooting or during a hurricane. Although not all problems can be predicted and controlled, technology can enhance safety in some cases, such as fluent communication in emergencies.

Those in control have an ethical duty to explore how implementing technological advances can help protect public safety workers. Instead of being viewed as a threat or foreign concept, digitization should be embraced at all levels of security.

There is a wide selection of occupations in the public safety sector. These include professions at all levels of society.

Protective services – from the military to policing – need people for law enforcement, natural disaster management, firefighting, correctional services, border controls, and more. These occupations are often related to a degree of danger and warrant careful consideration.

Government employees work as social workers, mental health practitioners, healthcare personnel, probation officers, and city managers. Aptly described as public servants, these people are in the service of others to promote well-being.

Public teachers or educators also fall under the umbrella of public safety. Roles in this field can be anything from a classroom aid and guidance counselor to a community educator or principal. Working in these capacities requires a commitment to education at the school and tertiary levels.

Community work does not sound like it is part of public safety, but it is. Typically, community jobs aim to promote the public good and include positions such as shelter managers, civil rights activists, youth leaders, refugee support workers, and foodbank supervisors. Many organizations offer humanitarian and social services. Often engaging with people situated in volatile areas or communities, these workers put themselves at risk to help others.

Many of these jobs require careful consideration. They are often dangerous and demand long hours. However, public safety workers find personal achievement and satisfaction in their roles, and many report a sense of fulfillment.

Public safety is a dynamic field that changes in tandem with the times and contemporary developments. It must keep up with criminal trends, which are also in constant flux and present frequent new challenges.

A functional network of public safety professionals requires public and private investments. This refers to money or physical assets and includes support and advocacy.

Today more than ever, public safety plays a pivotal role in the stability of countries worldwide. Threats from all angles are a reality that no one can escape. Big or small, these risks entail destruction that undermines order and encourages chaos.

Essentially, public safety is a unified effort to preserve the greater good. It requires the involvement of international allies and national structures to succeed.

How To Get A Job With An Education Degree

How To Get A Job With An Education Degree